If you require evidence - either to support a restraining order, show to the police or authorities as proof, or even to a third party who doesn't believe you that the abuse is going on, I can help you get it.  I can also show you how to protect yourself through a civil court injunction, if necessary.

If you are being abused, or if you suspect that somebody you care about is being abused, then you should take this matter very seriously indeed.  It does not matter whether the victim is female, male, gay or straight.

It doesn't even matter if the abuse is not physical.

It is not only women who suffer at the hands of their partners:

Though women do figure more prominently in the figures of domestic violence and abuse:

As for confidentiality, not only have I signed the Data Protection Register (you can find the details of everybody who has signed it online), I also have an enhanced CRB check due to my past and current work with vulnerable people, and strictly adhere to the confidentiality agreement used by the specialist agencies who work with vulnerable people. If you want to talk privately, or you want advice, get in touch. There are also some agencies listed on this page (and more in the 'Links' section of this website) who can also help you in complete confidence.

I have worked with services supporting victims of crime for a number of years  and have never been a police officer. I am also in contact with specialist agencies who can help you.

If you want me to investigate, either for yourself of somebody else, get in touch. I do ask though that you also respect our confidentiality agreement and that you do not divulge information we discuss with anybody else. I have known cases where private information has been disclosed by the client to a friend who has then disclosed it to the abusive partner!

If you would feel more comfortable speaking to a female investigator (obvioiusly with the same level of anonymity), then this can be arranged. 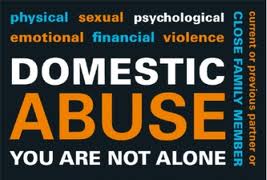